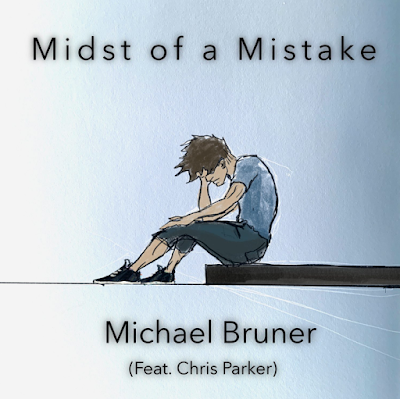 Getting tendinitis was surely a setback, but it also proved to be a positive constraint, an evolution in my approach to music.

Instead of contorting my hand into a tense, fleshy spider, I did what felt best: Forcing my head and body to meet halfway. I kept writing. I finished the song “Midst of a Mistake,” inspired by a thieving taxi driver in China. I wanted to start producing this song, but I knew the audio production and editing would prove too strenuous to pull off single-handedly.

Just a few weeks after returning from China, I received a message from Rodrigo Cotelo. I’d met him at the first installment of a house show I performed at (shortly after the onset of my tendinitis). He accompanied a handful of talented Jacob’s students who had backed me up on a set of my original songs. I knew Rod and I would click with each other from the moment I found him sitting at a table, pouring a gourd of yerba maté. Rod’s lively spirit, carefree attitude, and contagious grin made him an MVP for any house show.

Rod felt inspired by the EP I’d put out in 2015, which I myself wince at now, often debating whether or not to shelve it away from sight. Rod offered to produce more of my original music. He aimed to get his feet wet in music production while also establishing his own independent record label. Late that summer, we spent a weekend going through my demos and deciding which would be best suited for us to produce together. One of them was “Don’t Mean Broken,” released last spring! The second song was “Midst of a Mistake.“ Rod and our friend Chris Parker arranged horn parts for this song. I was blown away. Rod also recruited a number of musical friends from Uruguay, his home country. I’m grateful to have such supportive, generous, and talented friends to help me in my creative pursuits, especially in times of “compromise.”

Looking back, it’s amazing to see where my music was and where it currently is. My tastes have changed and so have my abilities when it comes to writing and producing. It’s worth noting that with the music to come, there will be clear differences between the production style and the writing. While the people involved surely have a huge impact on the outcome of any recording, I believe change is inevitable. What you’ll hear in the recording is a snapshot in time, the circumstances through which the song was carved. (Personally, that’s what I love about going through an artist’s discography. I get to hear the changes take place from song-to-song, album-to-album, year to year.)

If I could draw one theme from the past few years following my injury, it would be movement.

After I was confirmed with wrist tendinitis, my primary care doctor told me to avoid doing what caused it. He gave me a bottle of anti-inflammatory pills.

The idea was to avoid playing guitar, typing on a keyboard, working out, writing, or anything using my wrists. I managed to actually neglect my guitar for a long time. Every now and then, I’d pick it up to see if playing still hurt. It wasn’t a consistent pain, but I definitely felt my wrist becoming irritated after most small, repetitive movements. Unfortunately, I still had to write papers, complete online assignments, etc. It was Hell. I had to continuously ice my wrists throughout the entire day. I tried everything: resting as much as I could, doing lots of stretches, wearing a splint throughout the day and while asleep... 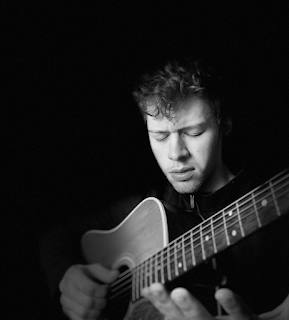 My hope was that it would eventually clear up after avoiding those injurious activities, but nope. My wrist became even more sensitive, more fragile. Looking back, I see now that I was developing a cautious mentality to everything my hands made contact with. Didn’t matter what it was. Of course, this cautiousness manifested into micro stresses, which exacerbated everything else.

I finally dropped the “avoid at all costs” approach I’d been prescribed because it wasn’t doing shit. I sought out alternative methods of healing.

Here are the 5 best I tried:

2. Traditional Chinese herbal medicine: A bunch of crazy herbs boiled in water and applied to the area. I had this done during my trip to China. Miranda’s parents’ treat.

3. Occupational Therapy: This is the first thing which yielded results for me. I was amazed. I was also pissed I hadn’t done it sooner. Fun fact: They told me I should play guitar. It was important because my muscle tissues were being broken down and re-built according to what activities followed.

4. Dry needle therapy: Had this done at the same place I had the OT, IU Sports, and Rehab Clinic.

5. Acupuncture: Done by Ying Jia in Bloomington, IN. I think this helped, but it was a bit hard to tell since I was also taking other kinds of treatment at the time.

Having emerged from this winding path of recovery, I’m happy to now declare myself “pain free.” This does not mean I’ve gone back to how my life was before. I did make a number of small shifts in various aspects of my life. Changes in my daily routine: What I do and how I do it. My routine before and after playing an instrument, doing computer work, working out – AND what I do during those activities to avoid unnecessary repetitive tension. I have accumulated a large inventory of curated stretches, exercises, tools, and techniques for relieving tension and maintaining good wrist health – not to mention other vulnerable parts of my body! The ones that suffer under sedentary, repetitive work.

Listen to Michael's new single "Midst of a Mistake" by clicking the image below: 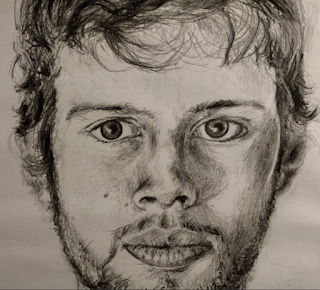