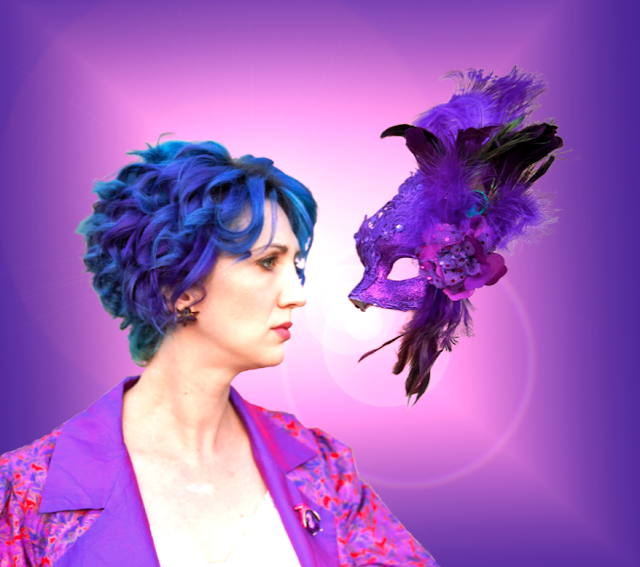 I know a few too many people who have set aside their hopes for a career in art and/or music because their spouse came along, then the kids. Now there’s laundry to do and bills to pay. Making art seems trivial now. Besides, after looking into the eyes of your child, how could you ever hope to create anything more amazing than that anyway? What other point is there? All you have to say to the world is in this little human being you helped invite here.

Bullshit obviously. There are plenty of projects which transcend chores and species duplication. Sarah Schonert is a musician and mother from Peoria. She writes, records, and produces her own music from her home studio. This is how her newest release, Songs about Sounds, became her fourth official LP and TENTH (!) album. Sarah is also an engineer, designer, and painter, so shut up about how busy you are to do that stuff anymore.

Her music could be described as Kate Bush or Tori Amos reinterpreted by Jean-Michel Jarre. Sarah mixes her classical-style piano playing with everything from synth loopers to vocoders and vintage gear. She also plays the guitars and, I believe, any other instrument we hear.

Of course, it’s rare to come across a DIY-aesthetic that actually measures up, but from the first song, “All This Noise,” it’s evident Sarah knows what to do with the knobs. With everything. She has given her life to this. She lends the recording a dreamy synth with angel voice-vibe like we would’ve heard from her previous release Penguin Party. “All This Noise” is a song about escaping the noise of the world for the sanctity of lucid dreaming. “Into the storm, that’s my brain on overload,” she sings. “I’m awake / I’m asleep / I am lost within a dream…”

Thankfully, the next songs change tempo without changing theme or losing tone. “Chamade,” “The Sound of Falling Down,” and “Not Swearing” are better and better songs. The album genuinely gains strength as it goes. “Formular” is an instrumental piano number made more powerful by its lack of lyrics. It’s only in “Chamade” that I have any true criticism, which is that she gets carried away with the studio voice effects, often holding her voice so far underwater that it makes it impossible to understand what she’s singing.

The bliss of “Formular” is broken by “Waffles Over Pancakes,” in which marital relations turn sour. Sarah confronts her man at the door in the morning after he didn’t come home last night. “I know you just got home. You’re still in your coat,” she sings. “You’ve barely gotten out of the flakes and the weather / I’ll shut off my filter / I want to tell you what I’m thinking…” But, of course, she never does. “I want to tell you everything!” she bellow-echoes by the end of the song. The child’s voice which accompanies hers during the fade-out belongs to her son, Auron. It’s gorgeous and definitely my favorite song from the album.

Sarah herself has mentioned "Hold You Up" as her favorite. It’s an upbeat song about love’s ability to strengthen the human will. The three remaining numbers make adequate closers. They include the accusatory “Where Were You,” the Jeff Lynn-infused “Ain’t No Weight but Your Own,” and the existential “Oh Gretchen,” who I take to be an old friend or grandmother. Again, the song finds Sarah dreaming.
“Oh Gretchen, will they tear the house down around you? Will they leave you where they found you? To leave me dreaming about you?”

To stream SONGS ABOUT SOUNDS, please click the image below: 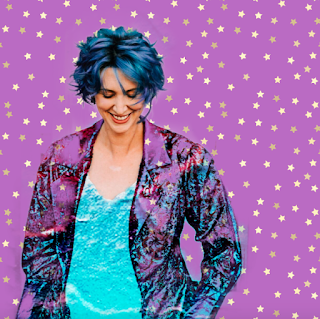