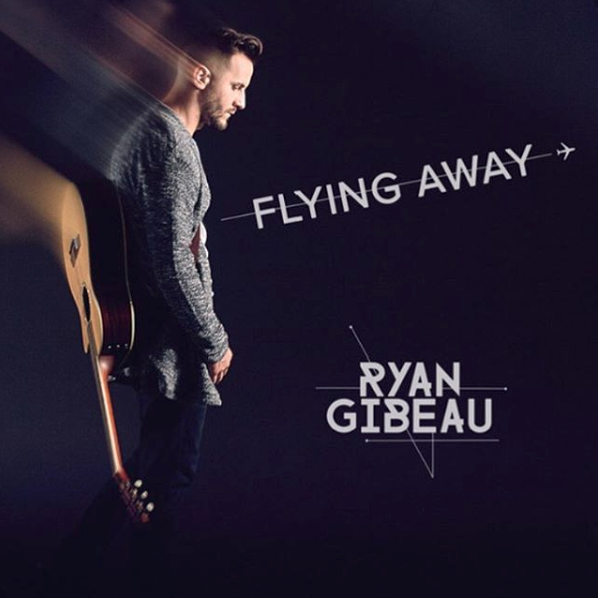 Ryan Gibeau is a Brooklyn singer/songwriter from New Hampshire who has performed to sold out shows all over New York. He has just released his debut album this month called “Quiet Fall.” The first single, “Flying Away,” Gibeau says was written while on a flight to Los Angeles to escape a toxic relationship. Heartbreak is, of course, the best fuel for some of the best songs ever written. The entire album itself was “inspired by a relationship kept together by two people suffering from emotional addiction,” Gibeau says, “what it takes to leave, and how to get back on your own feet.”

“Flying Away” is easy listening pop, born from darkness but celebrating the lighter place it leads to. The song starts without an intro, just Gibeau singing, “Flying away, leaving your side, I’m really going to miss those beautiful eyes.” He goes on to sing about how when two people love each other, the love has to change and grow as both partners do. No two people stay the same and this is why many relationships often end. Remember the good times and cherish them, but move on for the sake of both of you. Sounds sappy, except we’ve all been there.

“Our time was good. We made it last,” Gibeau sings.“So many memories from our past. And I’ll remember our love. You’ll stay in my heart. It will always be yearning now that we’re apart…Just trying to tell you that I’ll miss you so much.”

The chorus repeats that he’s flying away until the inevitable guitar solo comes in followed by a sad string movement to finish out the song. Gibeau could be accused of being yet another white guy with no real problems just singing songs about how his girlfriend hurt his feelings. Could be, except we’ve all been there.

Listen to the song HERE.

December 28, 2019
Ethos is the stage name for Alex Hlavna, a 19-year veteran of the Cleveland, Ohio music scene where he played guitar , bass, and drums on numerous recordings. He has now released his own song entitled “V: Parents” from his new album Ten Commandments. The V is the Roman numeral for 5, as in the 5th Commandment: “Honor thy father and thy mother.”  Each track on the album is titled this way, named after a commandment. Is this some type of “religious rap” or is Ethos being metaphoric? The actual definition of “ethos” is “the characteristic spirit of a culture, era, or community as manifested in its beliefs and aspirations.” Judging from such a moniker and from statements he’s made in interviews, it seems his goal is more about making observations, rather than instructing us that “thou shalt not whatever.” It’s a more provocative approach. The song is a funk-bassline over an electronic beat and soft synths. Meanwhile Ethos ’ voice is anything but soft as he raps about honoring your
Post a Comment
Read more

March 28, 2020
By Michael Bruner Getting tendinitis was surely a setback, but it also proved to be a positive constraint, an evolution in my approach to music. Instead of contorting my hand into a tense, fleshy spider, I did what felt best: Forcing my head and body to meet halfway. I kept writing. I finished the song “Midst of a Mistake,” inspired by a thieving taxi driver in China. I wanted to start producing this song, but I knew the audio production and editing would prove too strenuous to pull off single-handedly.  Just a few weeks after returning from China, I received a message from Rodrigo Cotelo. I’d met him at the first installment of a house show I performed at (shortly after the onset of my tendinitis). He accompanied a handful of talented Jacob’s students who had backed me up on a set of my original songs. I knew Rod and I would click with each other from the moment I found him sitting at a table, pouring a gourd of yerba maté. Rod’s lively spirit, carefree attitude, and co
Post a Comment
Read more

March 02, 2020
One gander at their social media presence and it’s not hard to see what aesthetic the rock band MemoCrasher is aiming for. They’re an evening at the Satanic circus where mostly nude, Harlequin-style dominatrix chicks grin maniacally while juggling fire.  The music video for their single “Burn” (below) starts with a top-hated, sinister ringleader informing us that we’re being presented with “a world of sex and violence where war rages as humanity peers over the precipice of doom where all blood is shed and no flowers bloom…” Love it already. While there’s always a place in the music world for the Justin Beibers and Taylor Swifts, we absolutely need bands like this to keep the evil in rock. (Part of being a well-adjusted person is accepting your dark side, no?) Less than a minute into the video, the shock value is intense. Sitting at each five points of a burning pentagram are five evil figures from history. There’s Hitler with a burned face because, you know, he was burned
Post a Comment
Read more