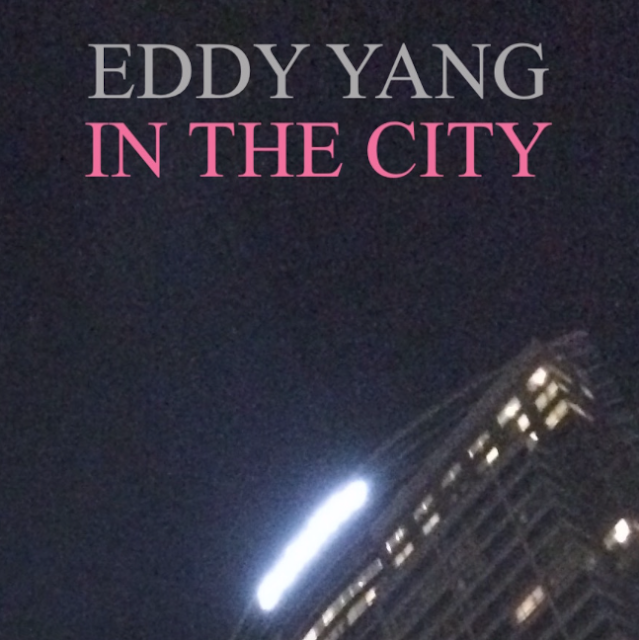 I remember my first day in New York. I had come to meet with a literary agent who was interested in my novel. I’ll never forget that feeling of being in Manhattan for the first time, that intoxicating energy, the roar of automotive and pedestrian traffic crisscrossing at the bottom of all those glass and steel canyons. Now I understood why I always felt out of place back home. Because I was out of place. My place was here, where everything was happening. All at once.


Eddy Yang gets it too. His new single, “A New City,” is based on a similar experience he had upon visiting New York. "’Though (the ‘A New City’ EP) was recorded in Los Angeles, my hometown,” Yang says. “I remember being inspired and wide-eyed while walking through NYC at night. (The) EP is about the feeling of being young and alive, when the world is still innocent and full of possibilities."

Exactly. Which is why I’m still here.

“A New City,” the title track from the EP (due in April), begins with hearty guitar strumming underlined by a cowpunk, roots rock twang, already reminding me of the minimal, unvarnished sound of X and other West Coast bands. It’s high praise.

“I fell down but now I’m rising up,” Yang sings in an atonal but earnest voice, a keening sort of plainness which works well for the song: “I’m headed out / And if you wonder why / I’ll say I’m tearing through the night…”

Throughout, Yang uses a simple repeating verse and chorus combo, always a good trick for keeping the song in the listener’s head. There’s also a left-of-center change-up after he sings: “I wanna run / I wanna scream / I wanna shout / I wanna live my life in a new city…” It’s a down-key bridge that's unexpected but welcome.

A peek at Yang’s Instagram--that modern marketing platform for our chosen personalities via square format photos--shows the album covers for Darkness at the Edge of Town (Springsteen), Closer (Joy Division), Off the Wall (some guy named Michael Jackson), Highway 61 Revisited (Dylan), and what looks like every Bjork album ever released. Talk about eclectic tastes! Makes sense though since Yang seems to go for songwriting that’s simple but dark, thoughtful but up-tempo.

The song ends by slowing that tempo to a standstill. This soon follows my favorite line of the song:“We’re twenty-three and we don’t know why…”

Apparently one thing Yang does seem to know is what he wants. He wrote, recorded, mixed, and mastered the entire EP by himself.