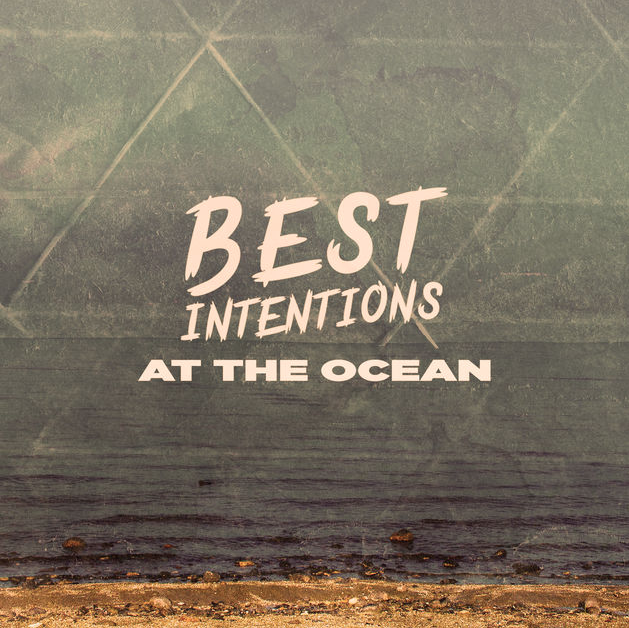 Best Intentions is a cherry-faced, four-member pop punk band busting out of Nashville. Their new single "At the Ocean" is from their forthcoming as-yet untitled album, which they’re hoping to release this summer.

The song's music video (above) finds the guys playing in a house that seems half-suburban, half-Gothic with lots of interior wood paneling. The lights are off and the boys are illuminated starkly by multiple flashlights playing over them, as if they were playing in the dark before being discovered. Interspersed with this are shots of a cute girl on the beach, exuding nerd-girl sensuality, her hoodie kept over her head because she’s shy and because she's a flashback.

The boys in the band look like guys you would want to have a beer with and talk about how much Bukowski and Shakespeare actually have in common. However, they retain a Seth Rogen-ish Everyguy appeal. No big hair or studded clothing here. Just close friends rocking out in their parent’s house. Or someone’s house.

There’s Tony Pietrafesa wearing the black cap, singing and playing guitar with Matthew Kleinman on the other guitar. Evan Aliquo plays his bass like a violent dance partner while Jim Collett beats the drums and you can completely tell that nothing makes him happier. Their sound is very Blink 182'ish, though cleaner and less conspiracy-heavy.

The video goes on to show Pietrafesa driving to the beach to meet the cute girl (quite the quest since Nashville is nearly 900 miles from the east coast.) He arrives at the beach but no girl. She’s gone. No long, slow motion sprint to reunite. Nothing, only Pietrafesa's confused face, looking just as sad as we are obviously. The video flickers back to the girl and the film burns. A surprising ending to what sounds like such an upbeat, fun song. That’s life though. People don't show up where they're supposed to. Fuck it.