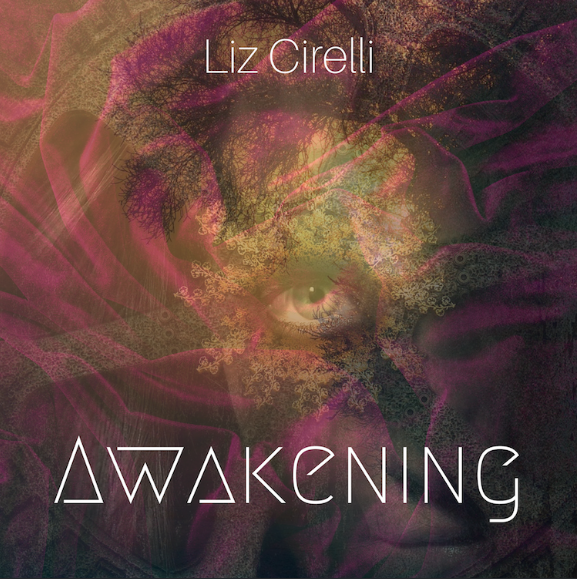 I could see this album being performed in a meadow surrounded by lush forests and grad students in turtle necks, just as well as I could imagine it performed in a nightclub, Cirelli’s frame engulfed in fat, dry-ice smoke banks with crisp cones of colored light. A lot of this has to do with her voice. It has a delicate strength, if there is such a thing. She makes me believe so anyway. (And I say this even though her singing doesn’t appear on every track.)

The album’s first song “Shape of My Heart” is a slow burner with a light electronic beat and swelling orchestra. This opener is a statement of identity. “I’m not a girl of too many faces, no,” she sings. “The mask I wear is one.” The shape of her heart is a polygon.

“Let It Rain” is Trent Reznor meets Peter Gabriel with some death thrown in. It’s one of the more powerful songs in the entire lineup, especially when the tribal drums take over. “Dining on Stones” is an instrumental, a moody blending of classical and electronic, as married perfectly here as anything done by Dead Can Dance. It’s trance-hop with a string section..

“Through the Storm” (another weather reference) is gloomy music over a slow, low beat, held together with Cirelli’s sexy-goth lyrics: “I wait / I wait to go / This is how streets feel alone…” It’s a scary dark, yet intensely beautiful track. “Ultra Violet,” the second instrumental, finds Cirelli more playful, happier though even her happiness feels heavy.

Unsurprisingly, Liz Cirelli started out in the classical arts, training as a professional ballet dancer and classical musician. After turning 18, she was introduced to electronic music and her entire world changed instantly. She became a singer-songwriter and professional DJ for many years, though she chooses now to focus primarily on her music. She also produces, having worked with the likes of EMI, 20th Century Fox, Nokia, Diesel, Bose, Sky TV, and L'Oreal. She’s worked for the directors Julian Schnabel and Stuart Birchall.

Listening to her new release, it’s not hard to understand why so many big names want to work with Cirelli. The music she composes is theatric, high-concept. It’s grandiose and understated.

“Morning After” is a halfway dance track with operatic singing and choir background. I see the song as a backdrop for two lovers making out in the fog while, down the street, a pair of shiny robots take turns punching each other in the face…in graceful, slow-motion. Because why wouldn't they? This is music for letting your mind flow like that.

In “Infinite Blue,” we have lyrics written and sung by Elle Holgate who warns us that “the future’s past / We’re already here.” It’s the rare trip-hop song about the urgency of life, not the irrelevance of it. “It’s A Given” and “Bridgetower” provide us with two more complexly designed-electronica instrumentals, a pair of meditative sonic poems. “Rise,” while still lyrically sparse, makes for a wise track to close out the album with. A song about feeling better. Feeling in love. Rising.

The “Awakening” concludes with the title track, which seems likely meant as an epilogue. A soft piano accompanies Cirelli humming. The music builds and builds, soon joined by strings and marching drums, as if we’re marching to battle with her. Actually, by the end of the album it does feels as if we’ve been through war. I’m pretty sure we won.