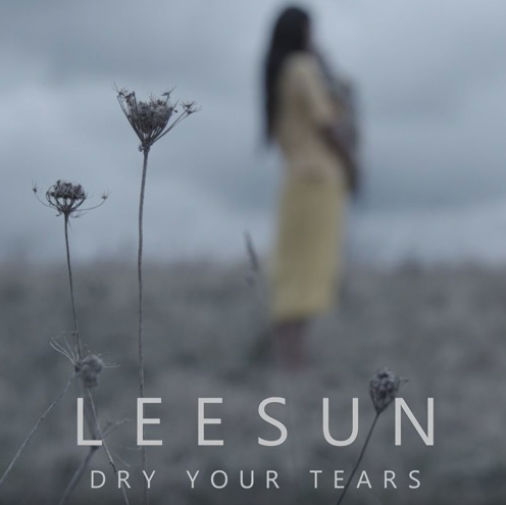 Korean/Canadian/British songstress LeeSun has released a new media-only album with the on-the-nose title of “Singing You This Song.”

The album starts with the wistful tune “Wishing,” which includes LeeSun’s hushed voice accompanied only by a soft acoustic guitar. The song is actually so quiet and melancholy that the next track—with LeeSun’s sudden declaration that: “This is my life!”--jars you out of your skin. Her voice soon lowers playfully: “Life is too short, and life’s too long to spend regretting that I don’t belong in your little world and your little dreams. I don’t want to be you…” Here is the quirky mood and tone I was expecting from someone with so many different cultural backgrounds, especially with the squeaky chorus and eventual hand claps. It’s jazzy and silly but utterly loveable.

The atmosphere changes drastically again with “Mother Dear,” which sounds like a love-hate letter to a mentally unstable mother from her long-suffering daughter who “soaks up all of your words.” Not sure if this song is autobiographical, but LeeSun herself does say: “This album is about processing extremely difficult and painful experiences, and emerging on the other side, more free and powerful, with an ever-increasing capacity to love.”

“Dry Your Tears” seems to be about her mother as well. “The suffering child carries her suffering throughout life,” explains LeeSun, “until eventually she becomes a mother…Her words are a promise to her baby that she will change the story.” LeeSun collaborated with filmmakers Robin and Oli Mueller of Cottongrass Films to get this story across in the song’s music video. Shot in suffocatingly muted colors, a young girl is running free through a field before stepping into a bear trap that remains on her foot for the remainder of the video, even into adulthood. The steel device chews her ankle, holding her down and making her helpless, a metaphor for the behavior trap that can cling to us from our parents. “I give to you all of my strength,” LeeSun sings. “Dry your tears. You’re spirit is bigger than these bitter years. Find your freedom, find your peace…”

The video concludes brilliantly with the grown actress that’s playing LeeSun sharing shots with LeeSun herself until both of them slump head-down on a table together, unconscious, comfortably yet dangerously medicated.

“Want to Be” starts with some of my favorite opening lyrics, maybe ever, to a song: “Till the sky falls in and the universe is torn apart with Heaven’s birth and restoration fills the earth, I want to be with you.” Right on. The next stand out song, “Singing You This Song,” marvels at the alignment of decisions and events that fell into place for her to be singing this particular song to us in the exact moment that we’re hearing it. If she were born somewhere different, would she still be singing this song? Yes, somehow I believe that she would.

Her album finishes with “We’re All Made of Stars (Guitar Version),” which I assumed was an acoustic cover of the Moby tune of the same name. Couldn’t but feel a little disappointed that it wasn’t since LeeSun’s downbeat interpretation of such an upbeat pop song would have been interesting. However, I should have expected her to do her own thing. LeeSun is simply too original.