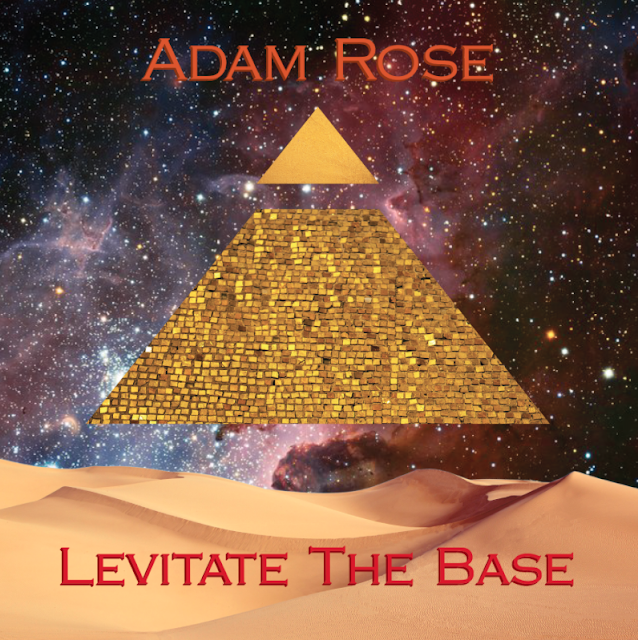 Battling chronic Lyme disease, an experience he describes as “hellacious and sometimes debilitating,” Adam Rose took a break from music but has now returned with “Levitate the Base.” I was extremely excited to hear this new release since it compares itself to the psychedelic, prog-rock experimentalism of Pink Floyd and King Crimson. And I’m a major sucker for music that tries to be something more than just verse, chorus, bridge, repeat.

Rose himself says of the album: “It is symbolic of taking all the shattered pieces of my life and forming one cohesive artform. The symbol also extends to my larger vision for humanity to rise up, and no longer be content with living lives of subservience, toil, and meaningless."

“Persian Fantasy” is a perfect track to make slow love to. “Slam Dandy” would make perfect music to a montage of an Eighties hair-metal couple on a first date. “Freaky Fried Flapjacks” has a groovy bassline which I enjoyed but had a hard time imagining anything because of the title. Why are the flapjacks freaky?

However, I don’t hear any prog-rock influence at all until “Helena,” which sort of sounds like Post-Roger Waters era Pink Floyd with David Gilmour’s slow guitar slide. Then, last but not least, is the 10-minute epic of “Isles of Avalalon,” which uses two chords repeated over  soothing keyboards, trying damn hard to be ethereal. An ambitious piece but not sure if merits the runtime.

Overall, “Levitate the Base” is an admirable collection, but I couldn’t help but feel like it could benefit from vocals. Rose claims to not just be a multi-instrumentalist but a vocalist as well, so not sure why he decided not to include any singing on these tracks. Perhaps he was leaving more open to the imagination of the listener? So we could imagine pornography, hair-metal dates, and murderers…